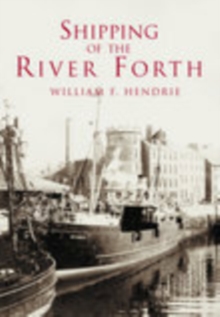 Shipping of the River Forth

For thousand of years the River Forth has been utilised by man. from the stone age shell middens at Kinneil to the Roman port at Cramond, there is evidence of man's early use of the river and its estuary.

From medieval times onwards, fishing villages have grown up on both banks of the river, while ferries have plied their trade for the same period. Once navigable all the way to Stirling, little commercial traffic now uses most of the river.

It was not always so, with ports at Dysart, Methil, Leven Stirling, Alloa, Airth and Bo'ness, all serving the buoyant coal trade.

Now few ports survive. Grangemouth and Leith are shadows of their former selves and the huge naval base at Rosyth has been sold and is now also operating on a much smaller scale than even twenty years ago.

Shipbreakers, like the ships themselves, were once a common sight, with yards at Bo'ness, Alloa and Rosyth demolishing old ships - including such famous liners as the Cunard Mauretania, White Star's Britannic and Red Star's Belgenland. Within the pages of Shipping of the Forth are views of long gone ships, the fishing industry, coasters and ocean liners as well as paddle steamers, shipwrecks and the people involved in maritime industries along both banks of the river.