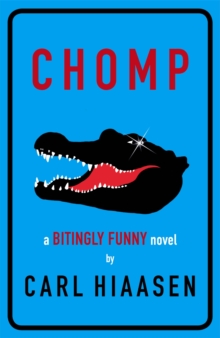 Wahoo Cray has grown up with a zoo in his backyard - alligators, snakes, rats, monkeys and parrots ... but it's his dad who's the real unpredictable critter.

When his dad takes a job with a reality TV show called EXPEDITION SURVIVAL, Wahoo figures he'll have to do a bit of wrangling himself to keep his dad from killing the show's inept star Derek Badger, who insists on using real wild animals for his stunts. And Wahoo's acquired a shadow named Tuna, a girl who's hiding from her own dad.

They've only been on location in the Everglades for a day before Derek gets bitten by a bat and goes missing in a storm.

Search parties promptly get lost themselves. And then Tuna's dad shows up with a gun... It's anyone's guess who will survive...