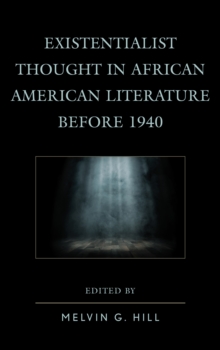 To make its case, this daring book dissects eight notable texts: Frederick Douglass's Narrative of the Life of Frederick Douglass (1845) and My Bondage and My Freedom (1855), Sojourner Truth's Ain't I A Woman (1861), Harriet Jacobs's Incidents in the Life of A Slave Girl (1861), Sutton E.

It explores and addresses a wide range of complex philosophical concepts such as: authenticity, potentiality-for-authentic living, bad faith, and existentialism from the Christian point of view.

The use of interdisciplinary studies such as gender studies, queer studies, Christian ethics, mixed-race studies, and existentialism, allows the authors within this book to lend unique perspectives in examining selected African American literary works.