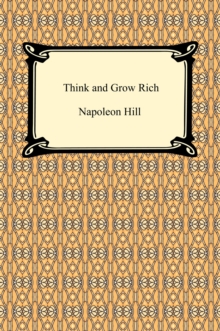 The work was inspired by famed industrialist Andrew Carnegie's suggestion that he compile a list of principles of achievement common to highly successful people.

What followed would be two decades of research of the United States' leading businessmen.

Schwab, compiling their experiences into a sort of handbook for success. &quoteThink and Grow Rich&quote is more than a mere get-rich-quick book, but rather a work that recognizes a philosophy of achievement common to many of the most successful people of all-time.

Part inspirational, part practical guide for success, this book has sold tens of millions of copies since its original publication and is as relevant today as when it first appeared.