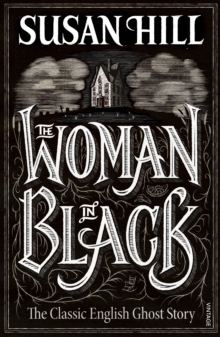 The woman in black

The woman in black

'I did not believe in ghosts'

Few attend Mrs Alice Drablow's funeral, and not one blood relative amongst them. There are undertakers with shovels, of course, a local official who would rather be anywhere else, and one Mr Arthur Kipps, solicitor from London. He is to spend the night in Eel Marsh House, the place where the old recluse died amidst a sinking swamp, a blinding fog and a baleful mystery about which the townsfolk refuse to speak.

Young Mr Kipps expects a boring evening alone sorting out paperwork and searching for Mrs Drablow's will. But when the high tide pens him in, what he finds - or rather what finds him - is something else entirely.

In the 'Backstory' discover more classic ghost stories and some real-life ones too...

Vintage Children's Classics is a twenty-first century classics list aimed at 8-12 year olds and the adults in their lives. Discover timeless favourites fromThe Jungle BookandAlice's Adventures in Wonderlandto modern classics such asThe Boy in the Striped PyjamasandThe Curious Incident of the Dog in the Night-Time.