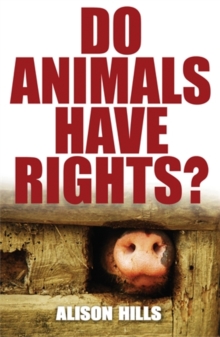 Do animals have rights?

A convicted arsonitst, he had decided to become a martyr to the cause.

At the same time, the extremist Animal Rights Militia issued a hit list.

If Horne died, ten 'vivisectionists' would be assasinated.

Animal rights is an emotive issue never far from the news.

But it is often hard to know who to believe: radical animal rights protestors who claim that humans and animals should have equal rights; or scientists who argue that it is always legitimate to use animals for our benefit.

In this book, the author carefully examines the arguments for both sides and defends a practical ethics of animals, distinguishing ways in which animals are our equals from ways in which they are not.

The animal rights arguments raise the deepest questions of all.