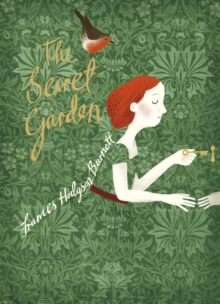 The Secret Garden by Frances Hodgson Burnett is a magical novel for adults and children alike.

This new hardback is one of five special Puffin Classics editions created in partnership with the world-famous V&A Museum, with exquisite cover designs from their William Morris collection. 'I've stolen a garden,' she said very fast. 'It isn't mine. It isn't anybody's. Nobody wants it, nobody cares for it, nobody ever goes into it.

Slowly she turns the key and enters a world she could never have imagined.