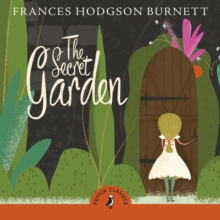 A magical story for adults and children alike. 'I've stolen a garden,' she said very fast. 'It isn't mine. It isn't anybody's. Nobody wants it, nobody cares for it, nobody ever goes into it.

Slowly she turns the key and enters a world she could never have imagined.