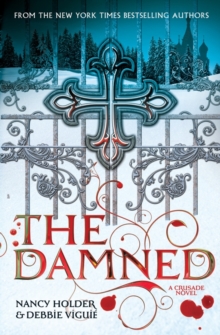 Part of the A crusade novel series

But tensions are running high, and heated arguments threaten to fracture the group, especially after the hunters discovered that Jenn's sister, Heather, has been converted.

Struggling to balance leadership and being the Hunter with her desire for revenge against the vampire who converted her sister, Jenn tries hard to over come any personal vendettas as she prepares for battle.

But with her beloved Antonio spending every waking moment with her newly-turned vampire sister, and the rest of her team fighting among themselves, Jenn finds her inner strength and trust wavering. And as the Cursed Ones and other sinister powers continue to rage war against humanity, Jenn will learn, along with the rest of the Salamancan hunters, that it is always darkest before dawn...