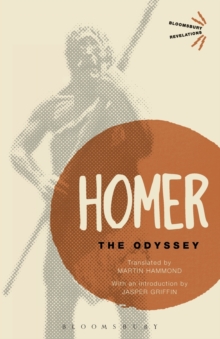 Part of the Bloomsbury Revelations series

'Muse, tell me of a man: a man of much resource, who was made to wander far and long, after he had sacked the sacred city of Troy.

Many were the men whose lands he saw and came to know their thinking: many too the miseries at sea which he suffered in his heart, as he sought to win his own life and the safe return of his companions.' Recounting the epic journey home of Odysseus from the Trojan War, The Odyssey - alongside its sister poem The Iliad - stands as the well-spring of Western Civilisation and culture, an inspiration to poets, writers and thinkers for thousands of years since.

This authoritative prose translation by Martin Hammond brings Homer's great poem of homecoming to life as Odysseus battles through such familiar dangers as the cave of the Cyclops, the call of the Sirens and his hostile reception back in his native land of Ithaca.