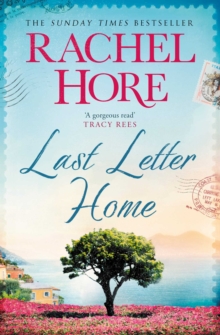 From the bestselling author of A Week in Paris, and A Place of Secrets, comes a timeless love story, lost in letters of the past . . . THE RICHARD AND JUDY BOOK CLUB PICK 2018 Can a chance encounter unlock one woman's past? On holiday in Italy, Briony Wood becomes fascinated by the wartime story of a ruined villa hidden amongst the hills of Naples.

Not only is it the very place where her grandfather was stationed as a soldier in 1943, but she also discovers that it harbours the secret of a love long lost. Handed a bundle of tattered letters found buried at the villa, Briony becomes enraptured by the blossoming love story between Sarah Bailey, an English woman, and Paul Hartmann, a young German.

The letters lead her back almost seventy years to pre-war Norfolk. But as Briony delves into Sarah and Paul's story, she encounters resentments and secrets still tightly guarded.

All too quickly it is clear that what happened long ago under the shadow of Vesuvius, she suspects, still has the power to cause terrible pain . . . Praise for Rachel Hore's novels: 'Compelling, engrossing and moving; a perfect holiday indulgence' SANTA MONTEFIORE' Fascinating, hugely readable' JUDY FINNIGAN 'An elegiac tale of wartime love and secrets' Telegraph 'A tender and thoughtful tale' Sunday Mirror 'Pitched perfectly for a holiday read' Guardian