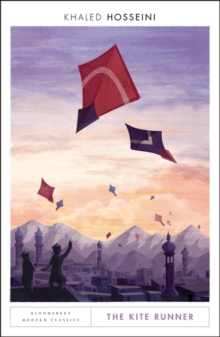 A beautiful new limited edition paperback of The Kite Runner, published as part of the Bloomsbury Modern Classics listThe first of the defeated kites whirled out of control.

They fell from the sky like shooting stars with brilliant, rippling tails, showering the neighbourhood. Amir and Hassan grow up together in Kabul. Amir in the beautiful house his father built, filled with marble, gold, tapestries and mosaics; Hassan in the modest mud hut in the servants' quarters. The two are inseparable, and when twelve-year-old Amir is desperate to win the local kite-fighting tournament, his loyal friend promises to help him.

But neither boy can predict what will happen to Hassan that afternoon - as the kites soar over the city - and how it will change their lives forever.