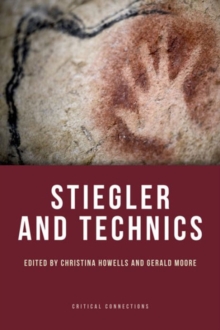 Part of the Critical Connections series

Bernard Stiegler brings together key concepts from Plato, Freud, Derrida and Simondon to argue that the human is "invented" through technics rather than a product of purely biological evolution.

This collection of essays covers all aspects of Stiegler's work, from poststructuralism, anthropology and psychoanalysis to his work on the politics of memory, "libidinal economy," technoscience and aesthetics.