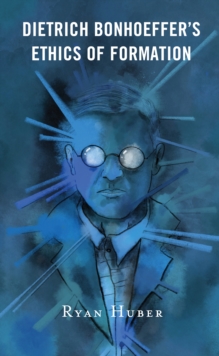 Dietrich Bonhoeffer is many things to many people-committed pacifist, reluctant revolutionary, Protestant saint.

In Dietrich Bonhoeffer's Ethics of Formation, Ryan Huber argues that Bonhoeffer should be understood as a Christian ethicist of formation.

He demonstrates that formation lies at the heart of Bonhoeffer's ethical project as articulated in his writings and as lived out in his historical context and personal story.

The conceptual roots of formation planted in Discipleship and fleshed out in Life Together grew into the mature ethical methodology espoused in his unfinished Ethics, providing continuity for Bonhoeffer's developing Christological ethics throughout the course of the 1930s until his arrest in 1943.

Bonhoeffer's articulation of the process of formation also best frames his personal discipleship, Christian growth, and vocation as an educator during that period.

Furthermore, Huber claims that Bonhoefferian ethics of formation can provide a third way between Thomistic virtue ethics and character ethics in the landscape of contemporary Christian ethical thought concerned with moral growth.