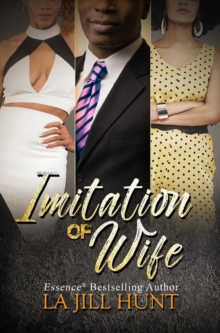 Part of the Loyalty series series

Urban Books
1601629281 / 9781601629289
Paperback
813.6
28/05/2020
Published 28/05/2020
English
General
21 cm 288 pages
General (US: Trade)  Learn More
Dealing with the aftermath of her husband's affair has not been easy for Sylvia Blackwell. When she vowed to stay by his side for better or for worse twenty years ago, she never imagined that would mean becoming a parent to Jordan, his troubled teenaged love child, after her mother Miranda's death. Now Sylvia is facing a new dilemma that could not only be the final straw that breaks her fragile marriage, but could also shatter her already strained relationship with her sister, Janelle.

Tricia King never suspected there was trouble in her marriage. After all, she couldn't have asked for a better husband than Titus. He's everything she expected in a mate: a good provider, a great father, responsible, and supportive. She has no idea something was missing from their relationship until she found out what he was giving someone else. Hurt and confused, she finds herself being counseled by a most unlikely ally.

Janelle was warned by her sister about the sting of karma and the futility of dating a married man, and she has come face to face with the reality of her actions. Her secret relationship with Titus is now open for everyone to see, including the new man in her life, Sherrod.To further complicate things, Sherrod produces instructions from Miranda, including custody plans outlined for her daughter.These plans do not include the Blackwells raising her daughter, Jordan. Janelle is now in the center of a battle between the man she loves and the family she's trying to hold on to.

From the drama-filled imagination of La Jill Hunt comes Imitation of Wife, the continuing tale of two sisters navigating their complicated lives and tumultuous relationships, while trying to maintain their bond with one another, especially when their loyalty is tested.