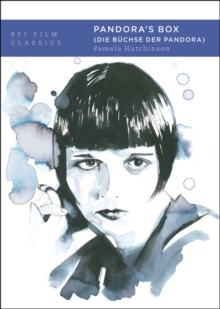 Despite failing commercially upon release, it has evolved into a cult film long after it should have been forgotten.

Pandora's Box captivates audiences with its libidinous, violent story, and its mysterious heroine whose motivations, as well as whose guilt or innocence, are difficult to determine. It is a sophisticated adaptation of Frank Wedekind's Lulu plays, and indisputably Louise Brooks' finest performance on film. In her compelling study, Pamela Hutchinson traces Pandora's production history and the many contexts of its creation and afterlife, revisiting and challenging many assumptions made about the film, its lead character and its star.

Analysing the film act by act, she explores the conflicted relationship between Brooks and the director G.W.

Pabst, the film's historical contexts in Weimar Berlin, and its changing fortunes since its release.