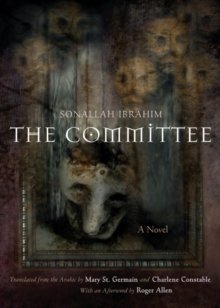 The Committee : A Novel

Part of the Middle East Literature in Translation series

Writing in an intriguingly symbolic and minimalist style, author Sonallah Ibrahim has been called the Egyptian Kafka. And no wonder. This wry take on Kafka's The Trial revolves around its narrator's attempts to petition successfully the elusive ruling body of his country, known simply as "the committee." Consequences for his actions range from the absurd to the hideous. In Kafkaesque fashion, Ibrahim offers an unbroken first-person narrative rendered in brief, crisp prose framed by a conspicuous absence of vivid imagery.

Furthermore, the petitioner is a man without identity.

The ideal anti-hero, he remains, as does his country, unnamed throughout the intricate plot with a locale suggestive of 1970s Cairo. Considered a major work, The Committee sardonically pierces the inflammatory terrain between ordinary men, unbridled displays of power, and other, broader concerns of the author's native Egypt.