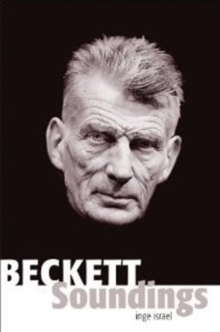 In this collection of poems, Inge Israel works through Samuel Beckett's letters, his biographies, and his actual plays and novels to probe the imagination that created his artistic works.

Arguably the pre-eminent avant-garde and most influential writer of the 20th century and a legend in his own time, Beckett presents many glaring paradoxes.

Beckett was born in a country ruled by the Catholic Church yet raised by a strict and devoutly Protestant mother.

He loved the King James Bible and knew long passages of it by heart but did not believe in it.

He loved his mother but fought to free himself of her influence.

He loved Ireland but left to live in France. He loved the classics yet despaired of language being able to express anything meaningful.

He dearly loved to be in the company of close friends yet even in their midst remained a solitary man, almost misanthropic.

His outlook was gloomy, but he also had a streak of humour.

Israel's poems open a new and remarkable window on this writer of many contradictions.