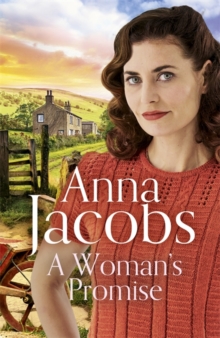 Part of the Birch End series

As the only female cabinet maker in the valley in 1935, Frankie Redfern is unusual.

She faces prejudice even from her own mother. But she's content working for her father, and is unwilling to give up her independence or the work she loves for marriage.

When her husband falls gravely ill, Frankie's mother takes over, causing serious trouble for her daughter. And her cousin, an unscrupulous local builder, starts to help her for his own reasons. Jericho Harte has never met a woman he wanted to marry until he bumps into Frankie on the moors.

When she comes to him the next day with an extraordinary suggestion, it seems a marriage of convenience might suit them both. Or could their relationship become more than that?But Frankie's problems worsen as her father goes missing from hospital.

Is there more to his illness than met the eye?Can Frankie and Jericho help uncover the truth and put an end to the danger she's in before it's too late?Readers are loving the Birch End series!'Amazing' - 5 STARS'Thank you, Anna, for the pleasure you give in all your books' - 5 STARS'Another brilliant, hard-to-put-down book' - 5 STARS'Can't wait for the next instalment' - 5 STARS'A real page turner, I can't wait to read the next one' - 5 STARS'Another triumph for Anna Jacobs' - 5 STARS'BRILLIANT READ' - 5 STARS