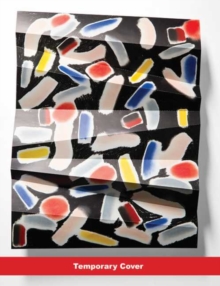 Karel Janec ek's Foundations of Modern Harmony, translated into English for the first time, presents a theory of chord quality in atonal context.

First published in 1965, it stands out among music theoretical publications with its balanced approach that combines systematics and empirical studies.

Janec ek's systematics could be described as set theory, where simultaneities and their features are explored instead of abstract pitch-class sets.

The plenitude of possible chords in chromatic tonal space is classified in this work, long before that of Forte, using the concept of "orientation scheme," an equivalent to prime form.

Systematic thoughts are checked from the point of view of compositional practice and cognitive processes.

Chapters discussing different perceptions of dissonance depending on the voicing, or retention of heard sound in mind, explain many generally recognized rules for orchestration.

The system characterizing chord qualities is complemented by a system of triadic combinations, illustrated by works of both Czech (Martinu , Krejc i , Nova k) and Western composers (Roussel, Hindemith, Honneger).

After building solid building blocks, Janec ek develops his five-member dualist functional system that can be traced via Otakar S i n to Hugo Riemann.

The top of the theory arch provides notions of harmonic coherence in atonal contexts, an exciting complement to those by Schoenberg and Hindemith.