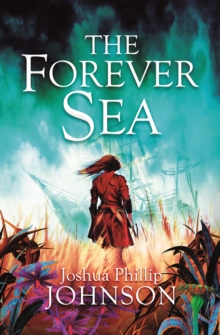 Sing. A story of hope and adventure, of loss and sacrifice, of the blue-sky surface world far above, where ships sail upon the endless grasses, a story of the Forever Sea, a story of you and I... Every story has its beginning and this one starts when a young sailor, Kindred Greyreach, hearthfire keeper and sailor aboard The Errant, receives some devastating news.

Her grandmother-The Marchess, legendary captain and hearthfire keeper-has stepped from her vessel and disappeared into the Forever Sea.

But the note she leaves Kindred suggests this was not an act of suicide.

Something waits in the depths, and the Marchess has set out to find it. To follow in her grandmother's footsteps, Kindred will embroil herself in conflicts bigger than she could imagine: a water war; a mythic pirate city where monsters lurk; battles against beasts of the deep, driven to the brink of madness; and the elusive promise of a world below the grasses. Of all this, and much more, sing, memory. THE FOREVER SEA is a story about the beauty and threat of nature and the relationship between finite natural resources and infinite greed.

It's about leaving behind everything that is familiar and plunging into the terrifying unknown. I can rarely remember being this excited for a debut novel" Mary Robinette Kowal, Hugo- and Nebula Award winning author"Calls to mind Ursula K.

Le Guin's Earthsea series" Publishers WeeklyKindred needs to find the truth: why and how did the Marchess disappear?

Can Kindred trust her own people? And most importantly: what lies below the sea? These questions take Kindred further than she's ever voyaged on the Forever Sea, to a floating pirate city in decay, to dangerous encounters with gargantuan wyrms from the deeps, and finally to a hidden world beneath the waves. THE FOREVER SEA is a story about the beauty and threat of nature and the relationship between finite natural resources and infinite greed.

It's about leaving behind everything that is familiar and plunging into the terrifying unknown.