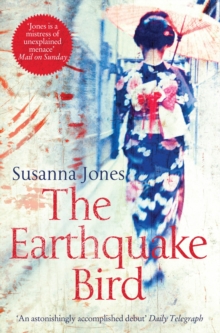 "Early this morning, several hours before my arrest, I was woken up by an earth tremor.

I mention the incident not to suggest that there was a connection - that somehow the fault lines in my life came crashing together in a form of a couple of policemen - for in Tokyo we have a quake like this every month.

I am simply relating the sequence of events as it happened.

It has been an unusual day and I would hate to forget anything..." So begins this chilling novel set in Japan, which reveals a murder on its first page and takes its readers into the mind of the chief suspect, Lucy Fly - a young, vulnerable English girl living and working in Tokyo as a translator.

As Lucy is interrogated by the police she reveals her past to the reader, and it is a past which is dangerously ambiguous and compromising.

A novel imbued with the chill of "The Wasp Factory" and the shock of "The Sculptress", this is the debut of a major new talent. "Compulsively imaginative...a beautiful and compelling novel." - Colin Dexter. "Fast paced and claustrophobic...a subtle portrait of how jealousy blooms from nothing." - "The Times."