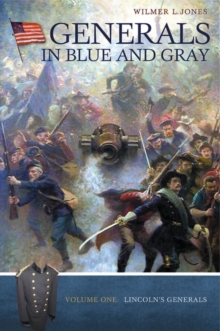 Generals in Blue and Gray

Prior to the Civil War, Abraham Lincoln had no experience in military service, but he had the advantages of a government structure and the remnants of an army in place.

Confederate president Jefferson Davis was a graduate of West Point, a veteran of the Mexican War, and a Secretary of War under the Pierce Administration, but he had to start from scratch to construct both a government and an army.

This two-volume set uses biographical sketches of key generals on each side to examine the actions of Lincoln and Davis, as commanders-in-chief.

Each volume contains more than twenty stand-alone biographical chapters that, if taken together, tell the story of the Civil War.

Biographies range from high profile generals such as Ulysses S.

Grant and Robert E. Lee to lesser-known figures such as John A. McClernand and Leonidas Polk. With a focus on character, ability to command, personality, family background, and how these factors influenced military decisions, each general comes to life. The outcome of particular battles, campaigns, or entire theatres often depended heavily on the performance of key individuals, their competence, their personal connections, and their ability to play politics.

These are the men that Lincoln and Davis came to depend upon to create strategies and to carry them out.

These are the men who fought, won, and lost the Civil War.