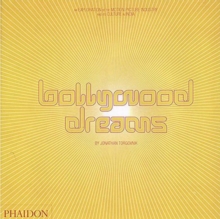 Bollywood dreams : an exploration of the motion picture industry and its culture in India

In Bollywood Dreams photographer Jonathan Torgovnik explores the beloved pastime of an Indian population of over 1 billion.

As the largest film producer in the world with more than 800 films made each year, the Indian movie industry is a cultural phenomenon.

Paying tribute to the stars, filmmakers, technicians and moviegoers who make this possible, Bollywood Dreams puts a human face on the fantastical, spectacle-rich films that compel more than 14 million people to the cinema on a single day in India.

Bollywood Dreams is both a behind-the-scenes personal diary of the magic and contagious excitement of Indian film and a discerning photo-essay on the film industry's profound impact on Indian society.

Singular in its conception, this book is unique in the way it introduces the general audience to the profound and spectacular way that Bollywood permeates everyday life in India.

In this way Torgovnik's Bollywood Dreams stands as an important testament to the power of cinema in the twentieth century as both entertainment and social phenomenon.

Deriving its name from its American equivalent, Bollywood is the highly successful Indian movie industry predominantly based in Bombay and Madras.