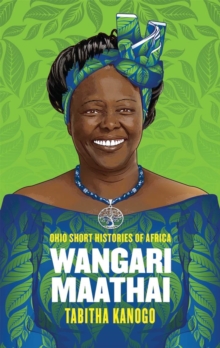 Wangari Muta Maathai is one of Africa's most celebrated female activists. Originally trained as a scientist in Kenya and abroad, Professor Maathai returned to her home country of Kenya with a renewed political consciousness.

There, she began her long career as an activist, campaigning for environmental and social justice while speaking out against government corruption.

In 2004, Maathai was awarded the Nobel Peace Prize for her leadership of the Green Belt Movement, a conservation effort that resulted in the restoration of African forests decimated during the colonial era. In this biography, Tabitha Kanogo follows Wangari Maathai from her modest, rural Kenyan upbringing to her rise as a national figure campaigning for environmental and ecological conservation, sustainable development, democracy, human rights, gender equality, and the eradication of poverty until her death in 2011.