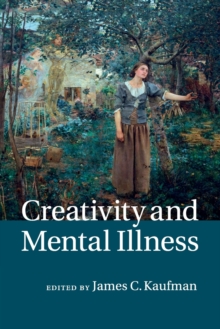 By: Kaufman, James C. (University of Connecticut)(Edited by)

Are creative people more likely to be mentally ill?

This basic question has been debated for thousands of years, with the 'mad genius' concept advanced by such luminaries as Aristotle.

There are many studies that argue the answer is 'yes', and several prominent scholars who argue strongly for a connection.

There are also those who argue equally strongly that the core studies and scholarship underlying the mad genius myth are fundamentally flawed.

This book re-examines the common view that a high level of individual creativity often correlates with a heightened risk of mental illness.

It reverses conventional wisdom that links creativity with mental illness, arguing that the two traits are not associated.

With contributions from some of the most exciting voices in the fields of psychology, neuroscience, physics, psychiatry, and management, this is a dynamic and cutting-edge volume that will inspire new ideas and studies on this fascinating topic.