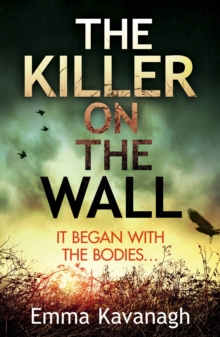 The killer on the wall

The first body comes as a shock The second brings horror The third signals the beginning of a nightmare When fifteen-year-old Isla Bell finds three bodies propped against Hadrian's Wall, her whole world falls apart.

In such a close-knit community, everyone knows the victims, and the man who did it. Twenty years on and Isla has dedicated her life to forensic psychology; studying the brains of serial killers, and even coming face to face with the convicted murderer who turned her world upside down.

You know you're in the hands of a writer who really understands her subject matter.

The story is skilfully told and so subtly nuanced, I gave up trying to guess where it was going and let myself be swept along with it, totally engrossed. And when the final twist came I said 'oh my god', and then almost immediately 'of course'.