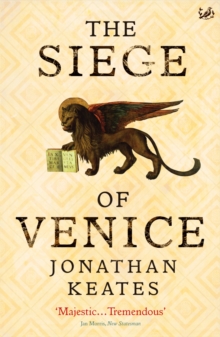 The siege of Venice

Venetia, as far as the Adige River, including the city of Venice, Istria and Dalmatia, were ceded by Napoleon to Austria in 1797, and confirmed as Austrian possessions at the Congress of Vienna in 1815.

The siege of Venice, in 1848, is one of history's most thrilling and tragic episodes.

After half a century of Habsburg imperial rule, the Venetians drove out the occupying army and established their own republic.

Led by the Jewish lawyer Daniele Manin, a man of immense courage and personal integrity, they embraced the lofty values of the Risorgimento, Italy's struggle for national unity, freedom, and justice.

When the Austrians returned with a massive army, intent on recapturing Venice, Manin rejected their surrender demands.

The city braced itself for a siege lasting more than a year, ending only when bombardment, cholera, and starvation made further resistance impossible.

This epic story, in Jonathan Keates's gripping and meticulously-researched account, embraces the wider world of the revolutionary Italy of Garibaldi, Mazzini, and Pope Pius IX, its battles, its dreams, and its wild zigzags between hope and despair.Besides Manin and his fellow freedom-fighters, the exotic cast includes warrior priests, militant actresses, death-or-glory poets, a Mata Hari-type siren spy and a rebel princess.

At the centre of the whole crowded canvas, however, stand the truest heroes of all - the people of Venice.

Their grit, humour, and endurance, under a hail of bombs and a tide of blood sweeping across their once peaceful lagoon, make "The Siege of Venice" a profoundly touching and unforgettable book.