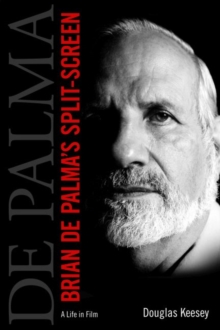 Over the last five decades, the films of director Brian De Palma (b. 1940) have been among the biggest successes (The Untouchables, Mission: Impossible) and the most high-profile failures (The Bonfire of the Vanities) in Hollywood history.

De Palma helped launch the careers of such prominent actors as Robert De Niro, John Travolta, and Sissy Spacek (who was nominated for an Academy Award as Best Actress in Carrie).

Indeed Quentin Tarantino named Blow Out as one of his top three favorite films, praising De Palma as the best living American director.

Scarface, with its over-the-top performance by Al Pacino, remains a cult favorite.

In the twenty-first century, De Palma has continued to experiment, incorporating elements from videogames (Femme Fatale), tabloid journalism (The Black Dahlia), YouTube, and Skype (Redacted and Passion) into his latest works.

What makes De Palma such a maverick even when he is making Hollywood genre films?

Why do his movies often feature megalomaniacs and failed heroes?

Is he merely a misogynist and an imitator of Alfred Hitchcock?

To answer these questions, author Douglas Keesey takes a biographical approach to De Palma's cinema, showing how De Palma reworks events from his own life into his films.

Written in an accessible style, and including a chapter on every one of his films to date, this book is for anyone who wants to know more about De Palma's controversial films or who wants to better understand the man who made them.