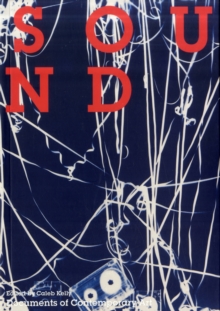 Part of the acclaimed 'Documents of Contemporary Art' series of anthologies . The 'sonic turn' in recent art reflects a wider cultural awareness that sight no longer dominates our perception or understanding of contemporary reality.

Tuning in to this incessant auditory stimulus some of our most influential artists have investigated the corporeal, cultural and political resonance. In tandem with recent experimental music and technology, art has opened up to hitherto excluded dimensions of noise, silence and the act of listening.

Artists working with sound have engaged in new forms of aesthetic encounter with the city and nature, the everyday and cultural otherness, technological effects and psychological states. New perspectives on sound have generated a wave of scholarship in musicology, cultural studies and the social sciences.

But the equally important rise of sound in the arts since 1960 has so far been sparsely documented.