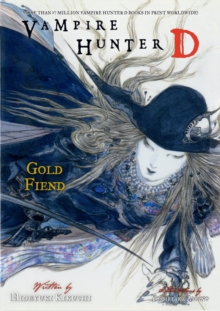 The vampire lord even put up his castle as collateral--but not a single collection agent dispatched by El has returned, so it's time to call in an outside consultant, named D! But the mooching Marquis isn't the only one who owes the financier big time and would rather kill Old El than pay up--and those debtors too mean deadly trouble ahead for D...even if they are only human!