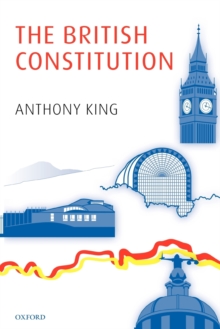 By: King, Anthony (Professor of Government, University of Essex.)

In the latter part of the nineteenth century Walter Bagehot wrote a classic account of the British constitution as it had developed during Queen Victoria's reign.

He argued that the late Victorian constitution was not at all what people thought it was.

Anthony King argues that the same is true at the beginning of this century.

Most people are aware that a series of major constitutional changes has taken place, but few recognize that their cumulative effect has beento change entirely the nature of Britain's constitutional structure.

The old constitution has gone. The author insists that the new constitution is a mess, but one that we should probably try to make the best of. The British Constitution is neither a reference book nor a textbook.

Like Bagehot'sclassic, it is written with wit and mordant humour - by someone who is a journalist and political commentator as well as a distinguished academic.

The author maintains that, although the new British constitution is a mess, there is no going back now. 'As always', he says, 'nostalgia is a good companion but a bad guide.' Highly charged issues that remain to be settled concern the relations between Scotland and England and the future of the House of Lords.

A reformed House of Lords, the authorfears, could wind up comprising 'a miscellaneous assemblage of party hacks, political careerists, clapped-out retired or defeated MPs, has-beens, never-were's and never-could-possibly-be's'. The book is a Bagehot for the twenty-first century - the product of a lifetime's reflection on Britishpolitics and essential reading for anyone interested in how the British system has changed and how it is likely to change in future.