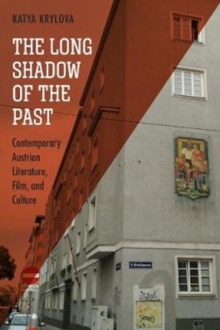 The long shadow of the past : contemporary Austrian literature, film, and culture

2018 CHOICE Outstanding Academic Title The process of coming to terms with its National Socialist past has been a long and difficult one in Austria.

It is only over the past thirty years that the country's view of its role during the Third Reich has shifted decisively from that of victimhood to complicity, prompted by the Waldheim affair of 1986-1988.

Austria's writers, filmmakers, and artists have been at the center of this process, holding upa mirror to the country's present and drawing attention to a still disturbing past. Katya Krylova's book undertakes close readings of key contemporary Austrian literary texts, films, and memorials that treat the legacy of Nazism and the Holocaust.

The analysis focuses on texts by Robert Schindel, Elfriede Jelinek, and Anna Mitgutsch, documentary films by Ruth Beckermann and by Margareta Heinrich and Eduard Erne, as well as recent memorial projects inVienna, examining what these reveal about the evolving memory culture in contemporary Austria.

Aimed at a broad readership, the book will be a key reference point for university teachers, undergraduates, and postgraduates engagedin scholarship on contemporary Austrian literature, film, and visual culture, and for general readers interested in confrontations with the National Socialist past in the Austrian context. KATYA KRYLOVA is Lecturer in German, Film and Visual Culture at the University of Aberdeen, UK.

The Long Shadow of the Past is her second book.