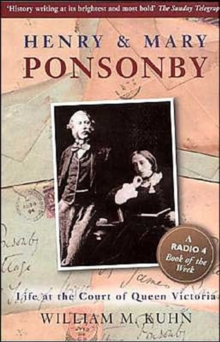 Henry and Mary Ponsonby : life at the court of Queen Victoria

The popularity of any monarchy shows peaks and troughs.

But when Henry Ponsonby became Queen Victoria's private secretary, the monarchy was in such hopeless disarray that even Victoria herself came under attack.

Ponsonby as her private secretary and protector at large realised that the court had failed to adjust to the shift in the media and political sentiment.

He dramatically re-wrote the royal "message" as her most intimate adviser.

Despite Ponsonby's ironic view of the monarchy, it was at its strongest ever when he died fifteen years later.

This biography paints an intimate picture of the inner workings of the monarchy.

William Kuhn has received assistance from the Royal Archives and the Ponsonby family.

While recent historical material on the monarchy is unavailable, Henry and Mary Ponsonby wrote to each other regularly and wittily about the day-to-day events at the courts and its strategy for survival.

Their vivid letters deal with such timeless issues that they could have been written by their modern counterparts.