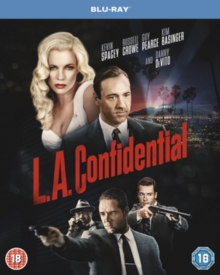 Ed earns the enmity of Bud and Jack when he testifies that they were involved in the beating of a group of Mexicans in police custody, but all three men become involved after a mass-murder takes place at the Nite Owl cafe.

Initially, it seems that a group of drug addicts are responsible, but further investigation leads to evidence of blackmail, prostitution and a police cover-up.