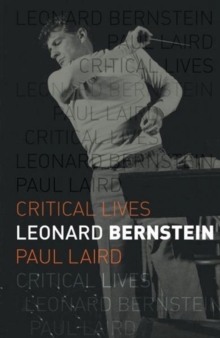 Part of the Critical lives series

Leonard Bernstein was one of twentieth-century music's most successful and recognizable figures.

In a career spanning five decades he conducted many of the world's leading orchestras, and composed scores for landmark musicals such as Candide and West Side Story.

Published to tie in with the 100th anniversary of Bernstein's birth, this engaging new biography provides a concise overview of the life and work of this prodigiously talented, fascinating and controversial musician. Drawing on over thirty years of study, leading scholar Paul R.

Laird explores the impact of his complicated personal life on his professional work, including his homosexuality and many affairs with men, and his strong yet difficult marriage.

The author also describes Bernstein's iron self-belief, which enabled him to negotiate risky and challenging musical situations that resulted in passionate, if sometimes mixed, reviews. Featuring original insights into Bernstein's life, including the author's interview with Bernstein in 1982, this is an ideal introduction to Bernstein's eclectic musical style, showing where it fits in the larger world of twentieth-century music.