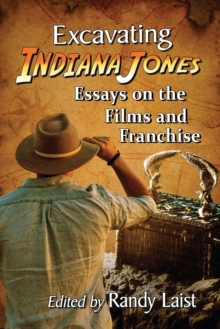 Excavating Indiana Jones : Essays on the Films and Franchise

With his signature bullwhip and fedora, the rousing sounds of his orchestral anthem, and his eventful explorations into the arcana of world religions, Indiana Jones--archeologist, adventurer, and ophidiophobe--has become one of the most recognizable heroes of the big screen.

Since his debut in the 1981 film Raiders of the Lost Ark, Indiana Jones has gone on to anchor several sequels, and a fifth film is currently in development.

At the same time, the character has spilled out into multiple multimedia manifestations and has become a familiar icon within the collective cultural imagination.

Despite the longevity and popularity of the Indiana Jones franchise, however, it has rarely been the focus of sustained criticism.

In Excavating Indiana Jones, a collection of international scholars analyzes Indiana Jones tales from a variety of perspectives, examining the films' representation of history, cultural politics, and identity, and also tracing the adaptation of the franchise into comic books, video games, and theme park attractions.