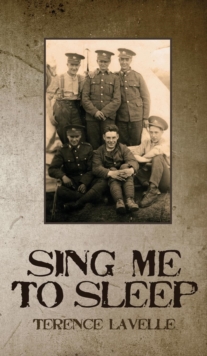 Sing Me to Sleep

Between the two world wars my father took an interest in poems and rhymes from the Great War and wrote some 30 of them down in a notebook along with other poetry.

This book is based on those poems and the Great War. In 1914 Britain was reluctantly drawn into war with Germany in support of France, an inevitability that had been forecast since the signing of the Entente Cordiale.

Germany had the biggest army in the world and was the belligerent by declaring war against Russia and through that act, France, then England, by treaty or agreement, was also committed.

In 1914 Britain's had a pathetically small army but by 1918 it was equal in size to the armies of Germany and France, and was taking the brunt of the fighting alongside a French army weakened by mutiny and low morale.

Throughout the war the BEF fought heroically and courageously, at times forced to retreat, but they were never beaten.

The enemy never managed to break through to the important centres or the Channel ports, nor did they ever break the British spirit.

Yet the BEF were scorned by the powers that be at home and treated with ignominy, Lloyd George failed disgracefully to stand by the General Staff in France who, without doubt in some instances, made mistakes, they were however guided by their conscience and better judgement in their attempts to bring the war to an early conclusion.

I hope that this book goes some way to restoring their credibility and shows the efforts of those who were there in a fairer perspective. About the authorTerence Lavelle was born in Blackburn Lancashire in 1935 and is an old boy of St Joseph's and St Albans schools, an 'Owdkellyboy'.

He served an apprenticeship with a Blackburn engineering Company and rather than do National Service he signed on with the colours. Commitments to family life saw him take the 3 year option to leave in 1958 and work in engineering as a journeyman throughout the UK and abroad for a UK company.

Later following a career in Local Government he and his wife worked in their private business before selling up to a London based company and retiring in 1998.