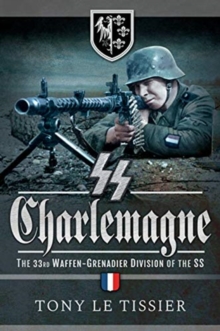 In May 1945, as the triumphant Red Army crushed the last pockets of German resistance in central Berlin, French soldiers fought back.

They were the last surviving members of SS Charlemagne, the Waffen SS division made up of French volunteers.

They were among the final defenders of the city and of Hitler's bunker.

Their extraordinary story gives a compelling insight into the dreadful climax of the Battle for Berlin and into the conflicts of loyalty faced by the French in the Second World War.

Yet, whatever their motivation, the performance of these soldiers as they confronted the Soviet onslaught was unwavering, and their fate after the German defeat was grim.

Once captured, they were shot out of hand by their French compatriots or imprisoned.

SS Charlemagne is a gripping, fluently written study of one of the most revealing side stories of the war.