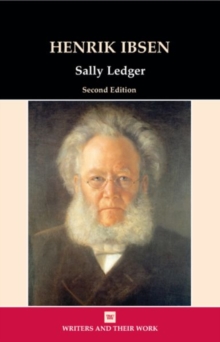 This new edition of Sally Ledger's study on Henrik Ibsen includes a renewed bibliography and an expanded critical evaluation.

It delivers readings of ten of Ibsen's best-known plays including "A Doll's House", "Ghosts", "An Enemy of the People", and "Hedda Gabler".

Ibsen played a seminal role in the development of modern European drama at the end of the 19th century.

Eschewing the comedies and melodramas of the mainstream theatre of his day, he is best known for his invention of theatrical realism and psychological drama.

Ledger's book traces the theatrical evolution of his plays as well as considering his impact on late-Victorian London, his response to the 'woman question', his anticipation of Freudian psychology and his debt to Darwinism.