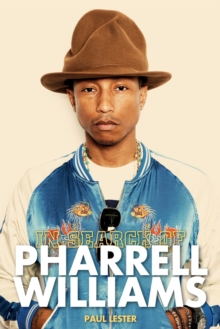 In search of Pharrell Williams

First substantial overview of the life and career of Pharrell Williams, the foremost producer of the modern era, and performer in his own right.

It follows him from his days growing up in Virginia, his meeting with musical partner Chad Hugo and formation of The Neptunes, through his collaborations with the great and the good of pop, rap and R&B, including Jay-Z, Britney Spears, Justin Timberlake, Usher, Snoop Dogg, Gwen Stefani, Nelly and Kelis.

It assesses his ground-breaking work with the radical rap-rock-pop band N*E*R*D, and his emergence as a solo superstar via Daft Punk's Get Lucky, Robin Thicke's controversial Blurred Lines and global mega-hit Happy.