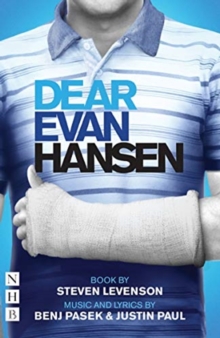 Evan Hansen is about to get the one thing he's always wanted: a chance to belong.

Both deeply personal and profoundly contemporary, Dear Evan Hansen is a groundbreaking musical about truth, fiction, and the price we're willing to pay for the possibility to connect. The production opened in Washington DC in 2015, off-Broadway in 2016, and on Broadway later that year, before winning six Tony Awards including Best Musical, Best Book and Best Score, and the Grammy Award for Best Musical Theater Album. This official West End edition is published alongside the production's transfer to London's Noel Coward Theatre in 2019.

It features the complete book and lyrics of the show, plus exclusive bonus content and colour photographs of the West End production.