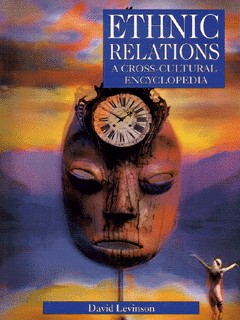 Part of the Encyclopedias of the human experience series

Ethnic conflict, such as in Bosnia, Rwanda, Palestine and Northern Ireland, is at the root of some of the world's most intractable and tragic events.

The study of ethnic relations has taken on a new urgency in the aftermath of the Cold War.

This text explores the historical events and cultural processes that have revived old conflicts and planted the seeds of new and complex disputes.

It offers detailed definitions and explanations of the cultural processes that determine the course of relations among ethnic groups.

Major ethnic conflicts around the world are profiled, illustrating the behavioural and anthropological concepts discussed in the book.