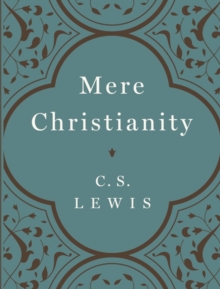 HarperOne
0061350214 / 9780061350214
Hardback
23/10/2012
Usually dispatched within 4 weeks
152 x 203 mm, 828 grams 352 pages
One of the most important Christian books of the 20th century, C.S. Lewiss classic, Mere Christianity, is now available in a beautiful keepsake edition 60 years after its original publication. A timeless and thought-provoking spiritual work from the author of The Chronicles of Narnia and The Screwtape Lettersone of the leading Christian writers and thinkers of our agethis beautifully illustrated anniversary edition includes a new foreword and fascinating background information on the story behind the book, and remains fresh and relevant for the modern reader.