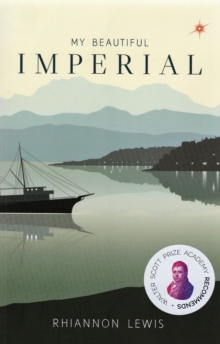 'My Beautiful Imperial is a wonderfully epic story of friendship, unfulfilled love, human tragedy, war and Latin American politics that grips from the very beginning.

It's an exhilarating journey from the poorest parts of rural Wales to the Houses of Parliament at the height of imperialist Victorian London, from Australia as a new immigrant destination to Buenos Aires, from the perils of crossing the Andes to busy Valparaiso harbour and beyond.

A must-read.'- Leo Boix, journalist and poet'A mighty read this, I feel bereft now that I've finished it, always a sign of a writer who can fascinate and engross the reader over 500 pages or so.' - The Walter Scott Prize Academy'In its ability to enthral us at every moment, My Beautiful Imperial has the cohesive perfection of a great Hollywood movie like Casablanca.

Indeed, the spontaneous singing of Welsh songs on board the Imperial as the ship faces possible annihilation is as poignant a scene, in its way, as the memorable moment the refugees burst into a chant of La Marseillaise in that legendary film.'- Adam Feinstein, author of the acclaimed biography, Pablo Neruda: a passion for life'Skilfully blending fact and fiction, drama and tragedy, Rhiannon Lewis has produced an absorbing novel of depth and complexity.

The unusual backdrop of the Chilean Civil War adds both colour and adventure as accidental hero Davy finds himself a very long way from his Welsh home.'- Catherine Hanley, historian and author of the Edwin Weaver medieval mysteries