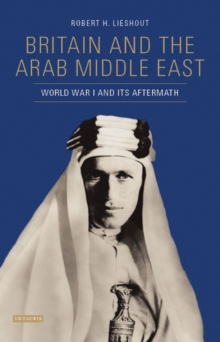 Britain and the Middle East in the First World War : the Arab question and its aftermath, 1914-1919

The profound effects of the British Empire's actions in the Arab World during the First World War can be seen echoing through the history of the 20th century.

The uprising sparked by the Husayn-McMahon correspondence and led by 'Lawrence of Arabia'; the Sykes-Picot agreement which undermined that rebellion; and memoranda such as the Balfour Declaration all have shaped the Middle East into forms which would have been unrecognizable to the diplomats of the 19th century.

Undertaken during the First 'World' War, these actions were not part of a coordinated British strategy, but in fact directed by several overlapping and competing departments, some imperfectly referred to as the 'Arab Bureau'.

The British and the Middle East is unique in its comprehensive treatment of how and why the British generals and diplomats acted as they did.

By taking as his starting point the voluminous, contradictory and revealing records of the policy-makers in the British government, Robert H.

Lieshout shows convincingly that many concerned with foreign policy making were quite oblivious to the history and complexities of the Islamic World.Covering the full sweep of British involvement in Arabia, Lieshout makes a lasting contribution to our understanding of the period in which the British Empire changed the world, and shows how shallow and confused the understanding of those that shaped the future of the Middle East really was.