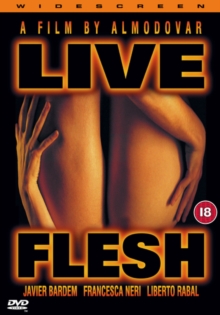 Pedro Almodovar directs this adaptation of the novel by Ruth Rendell.

She barely remembers anything about the past, however, and attempts to shoot him.

Two cops, David and Sancho, arrive at the scene, and David is shot, leaving him paralysed.

Victor finds himself imprisoned for the shooting, although he is innocent.

In jail, he learns that David, now a paralympics champion, has married Elena, and vows revenge upon his release.