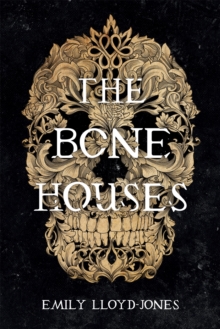 Seventeen-year-old Aderyn ("Ryn") only cares about two things: her family, and her family's graveyard. And right now, both are in dire straits. Since the death of their parents, Ryn and her siblings have been scraping together a meager existence as gravediggers in the remote Welsh village of Colbren, which sits at the foot of a harsh and deadly mountain range that was once home to fae creatures known as the Otherfolk.

The problem with being a gravedigger in Colbren, though, is that the dead don't always stay dead. The risen corpses are known as "bone houses," and legend says that they're the result of a decades-old curse.

Ryn has always been quick to deal with this inconvenience whenever they wander too close to her graveyard, but when Ellis, an apprentice mapmaker, arrives in town, the bone houses attack with renewed purpose.

What is it about Ellis that draws them near? And more importantly, how can they stop them for good?Together, Ellis and Ryn embark on a quest that will bring them deep into the heart of the mountains, where they will have to face both the curse and long-hidden truths about themselves.

Equal parts classic horror novel and original fairy-tale, The Bone Houses will have you spellbound from the very first page.