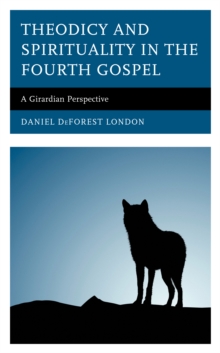 Theodicy and spirituality in the Fourth Gospel : a Girardian perspective

Daniel DeForest London argues that the Fourth Gospel offers a potentially transformative response to the question of suffering and the human compulsion to blame.

Based on his reading of John 9 (the man born blind), London argues that the Gospel does not offer a theodicy, but rather a theodical spirituality, an experience of praying the question of suffering and remaining open to a divine response.

By interpreting these symbols in light of mimetic theory, he argues that Jesus's response reveals the scapegoat mechanism in which an innocent victim is blamed by violent victimizers.

However, rather than blaming the victimizers, Jesus continues to engage with the characters who appear to be villains: the light of the world transforms night and day into one continuous day; the Good Shepherd welcomes sheep and wolf into his beloved flock.

In this way, readers are invited to bring to the Johannine Jesus their own violence, resentment, and wolfish rage regarding the question of suffering and to experience the theodical spirituality of the Fourth Gospel.