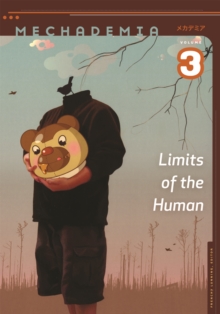 Dramatic advances in genetics, cloning, robotics, and nanotechnology have given rise to both hopes and fears about how technology might transform humanity.

As the possibility of a posthuman future becomes increasingly likely, debates about how to interpret or shape this future abound.

In Japan, anime and manga artists have for decades been imagining the contours of posthumanity, creating dazzling and sometimes disturbing works of art that envision a variety of human/nonhuman hybrids: biological/mechanical, human/animal, and human/monster.

Anime and manga offer a constellation of posthuman prototypes whose hybrid natures require a shift in our perception of what it means to be human.Limits of the Human-the third volume in the Mechademia series-maps the terrain of posthumanity using manga and anime as guides and signposts to understand how to think about humanity's new potentialities and limits.

Through a wide range of texts-the folklore-inspired monsters that populate Mizuki Shigeru's manga; Japan's Gothic Lolita subculture; Tezuka Osamu's original cyborg hero, Atom, and his manga version of Fritz Lang's Metropolis (along with Omo Katsuhiro's 2001 anime film adaptation); the robot anime, Gundam; and the notion of the uncanny in Ghost in the Shell 2: Innocence, among others-the essays in this volume reject simple human/nonhuman dichotomies and instead encourage a provocative rethinking of the definitions of humanity along entirely unexpected frontiers.